Initiatives designed to foster opportunities for minority- and women-owned businesses are scattered across Dallas, with rules and goals to help owners win contracts with the city, the county or school district.

At a macro level, these programs are a pivotal tool to dig into the economic inequities born through years of discrimination, not just by individual actors but by governmental institutions, Dallas ISD trustee Justin Henry said.

These programs are necessary because economic empowerment is imperative to better a community, he said.

“There’s a lot of government action that created these inequities, so to order a remedy — that’s what equity means,” Henry said.

Strong minority- and women-owned business enterprise, or MWBE, programs are a large part of that remedy, he added. Otherwise, government institutions continue on the same course that led to such inequities, Henry said.

Dallas and Dallas County have business diversity plans dating back to the mid-1980s, with goals for increasing MWBE participation. Dallas ISD — whose MWBE plans were initially created in the 1990s — is one of a few districts in Texas whose efforts go beyond minority purchasing programs that offer opportunities for smaller firms to gain construction contracts. Instead, the district, like Austin and Houston ISDs, has narrowly focused targets across purchasing for goods, services and construction. DISD also has a protégé program aimed at growing opportunities for smaller firms.

The efficacy of MWBE programs, however, has caused concern for those in the minority-owned business community.

Harrison L. Blair, president of the Dallas Black Chamber of Commerce, said financial and logistical hurdles remain for businesses to certify that they are a MWBE, often a requirement to get a leg up in obtaining contracts. The complex obstacles mean that many owners don’t bother.

Conclusions from a 2020 study found that while the city had awarded nearly 30% — and $719 million — of its procurements and contracts to minority- or women-owned businesses from 2013 to 2018, significant disparities between utilization and availability remained.

The study pointed to three major hurdles for such firms — particularly smaller ones — trying to do business with Dallas: difficulties in competing against larger companies; the limited time given to prepare bids; and long waits for payment from the city, sometimes as much as 60 to 90 days.

But that report also praised the city for implementing efforts to inform business leaders about opportunities and increasing minority- and women-owned business utilization. Those include using the Office of Business Diversity to ensure that scopes of work are broken down so smaller firms can compete and guaranteeing prompt payment to subcontractors.

The city was close to its stated goals of having 32% to 38% of its contracts for various services go toward minority- and women-owned businesses.

In Dallas ISD, a 2015 review by The Dallas Morning News found that only a small portion of bond work had gone to black-owned businesses.

The district aims to have 30% to 35% of contracts go to such firms depending on the type of service. DISD’s utilization ranged widely by the end of 2021 from 14% to 72% in various categories.

Such disparities could be a product of the district’s criteria for doing construction work. As an example, Henry pointed to DISD’s work with program managers. The district previously set high thresholds that effectively cut out any small or midsize minority-owned business from meeting qualifications, he said.

“A midsized Hispanic-owned program manager in whatever city in Texas, they can probably do only one [project] in one district,” Henry said. “They probably don’t have the capacity and the number of employees to do more. But that doesn’t mean they don’t do a great job. They just can’t do it at scale, and they’re never going to get to scale if they can’t get more opportunities.”

Those rules have changed recently, in advance of projects for the district’s record-setting $3 billion bond that passed in 2020. The new criteria reward small companies that have done previous work with the district.

That said, MWBE programs also have had no shortage of mismanagement and controversies.

Over the past decade, both the city and DISD had to review their contracting policies to better prevent “pass-through” contracts — where money is paid to a minority- or woman-owned subcontractor for work, only for the bulk of those funds and the work to funnel back to the prime contractor. Some companies have used these pass-through contracts to skirt MWBE requirements.

The school district has now commissioned its own disparity study to evaluate DISD’s contracting practices and how they impact MWBE.

Blair hopes that in the coming years, governmental institutions and nonprofit groups can make the certification and process simpler and more accessible through technology. In addition, they could work together to lower barriers so that minority- and women-owned firms can win prime contracts — instead of working as subcontractors for larger companies or being part of a joint venture.

“For communities that have been systemically underinvested in and underfunded, this is just the tip of the iceberg,” Blair said.

He pointed to South Oak Cliff, where student protests and community activism over poor building conditions at the high school prompted major renovations of the campus.

“We’ve got to stop pointing at our neighbors, saying, ‘They don’t have,’ and figure out how we make everyone as strong as our strongest in the region.”

The DMN Education Lab deepens the coverage and conversation about urgent education issues critical to the future of North Texas. 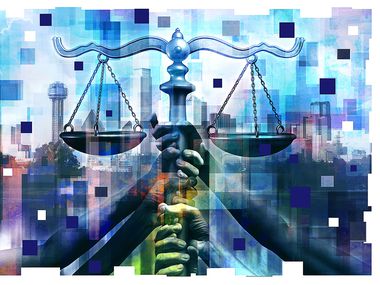 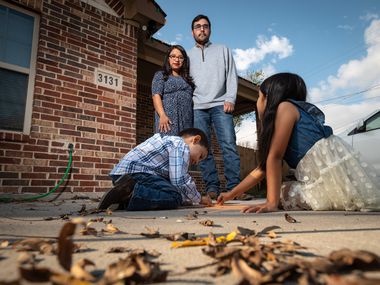 8 Uncommon Ideas For A Dentistry Business

Easy Enterprise Ideas That Made Tens of millions

8 Uncommon Ideas For A Dentistry Business

Easy Enterprise Ideas That Made Tens of millions